There are two situation where you may need to import data which is already in Datagraph-med file format.

The first situation is when you have upgraded to a newer version of Datagraph-med and want to import your older data into the new file format. This is done automatically in the moment when you first open your old data file. Datagraph-med will create a new file and import your preexisting data. It does not change the old file and stores the imported data under the same name adding a _5.0 extension to indicate the new file format.

The second situation is when you want to merge data of two or more different Datagraph data files which are already in the same file format. In this cases please proceed with the the following steps:

1. - As a precaution against loss of data make backup copies of all data files involved before starting any import attempt and keep on a separate media such an an USB stick for example. 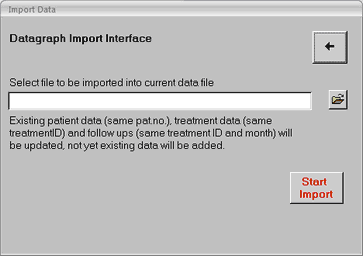 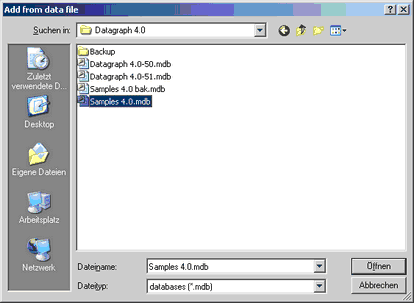